5 Emerging Technologies That Could Shape Our Future 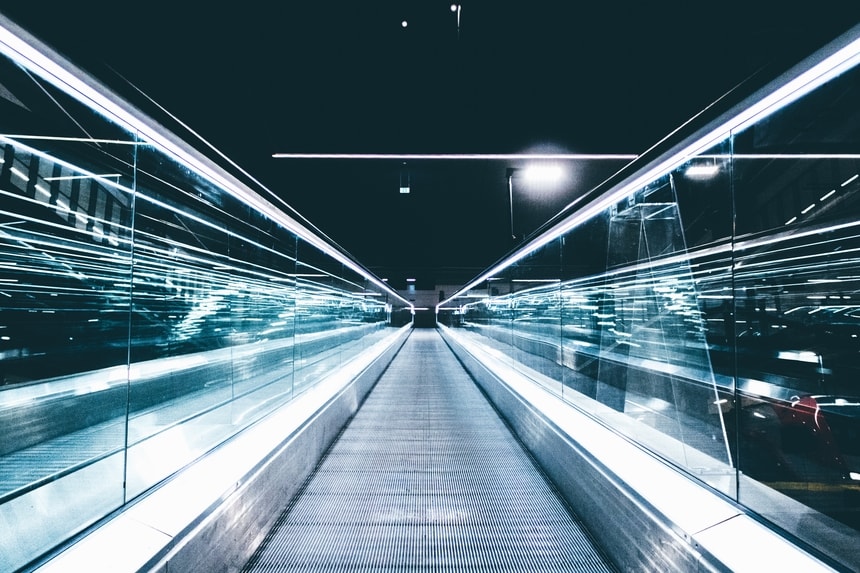 We live in an era of unprecedented technological advancement. Almost every day, new and disruptive innovations and scientific breakthroughs make headlines and promise to change paradigms.

Some previously futuristic technologies, like the internet, go on to have a massive impact on our daily life whereas others, like supersonic airliners, don’t. Below we take a look at five emerging technologies within different sectors that could change the way we live in the near future.

Flying cars are yet to become a reality, and when they do, no one but the mega-rich will likely be able to afford them anyway. But by looking down instead of up, we might find that we don’t necessarily need flying cars to beat the traffic after all.

SeaBubbles, a startup founded in 2016, designs and makes eco-friendly “flying” boat taxis, known as “Bubbles.” SeaBubbles thinks that its autonomous, electric-powered Bubbles might help solve traffic congestion and pollution in cities by utilizing their most underused  transport network — waterways.

The idea of SeaBubbles was dreamed up by Alain Thebault, the designer of Hydroptere (an experimental hydrofoil trimaran that set new speed records in 2009) and Anders Bringdal, a four-time windsurfing world champion. If Theubault’s and Bringdal’s plans come to bear, Bubble taxis could be whizzing you across urban rivers and canals by 2025.

While traditional boats with combustion engines can do the job of transporting people just as well, the price of fuel combined with the environmental impacts makes them unviable for mass urban transit. Traditional water taxis also create wakes and are usually limited to certain zones and restrictive speed limits within city waterways.

Bubble boats solve this problem by using electric power combined with a hydrofoil system, which results in a low impact on the environment, substantial cost savings, and no disruptive wake.

As passengers get on and off a Bubble taxi, the autonomous five-seater boat, which is the size of a small car and shaped like a white bubble, sits in the water, charging. However, once the boat starts moving silently through the water, the hull rises via its hydrofoils, creating a silent, wakeless “flying” effect.

This hydrofoil design, which borrows elements from the aeronautical, boat, and car industries, reduces water drag by 40%, increasing efficiency and preventing seasickness on rougher waters. When the Bubble reaches its destination, it slowly sinks back to the water level to let its passengers out.

So far, Bubble boats have been tested in cities like St. Tropez, Geneva, Lyon, and Monaco, and showcased in many others. In 2019, SeaBubbles ran a five-week trial of its first Bubble taxis in Paris, with members of the public invited to take a scenic tour down the river Seine.

Theybauld and Brigand are an ambitious duo —  they expect their flying boat taxis to operate in as many as 250 cities worldwide in the future, with customers ordering them through an app similar to Uber and paying the same as they would for a ride in a regular taxi.

3D printing a house might sound like something out of a sci-fi novel, but the truth is, the world’s first 3D printed community is already underway in Mexico. The project to 3D print a Mexican neighborhood is led by the housing-focused nonprofit New Story, working in collaboration with ICON, an Austin-based construction technology startup.

In 2018, ICON made headlines for building the first permitted, 3D printed home in the U.S. in Austin, Texas. The house, which was constructed using a giant 3D printer known as the Vulcan and cost only $10,000 to build, was designed specifically with the developing world in mind.

Since then, ICON has launched Vulcan II, a 33-foot printer that is portable, produces almost zero waste, and can operate under unpredictable power and water supply and scant technical assistance.

It takes Vulcan II only 24 hours (spread out over several days) to pipe out layers of mortar which serve as the basic structure of the house. At the moment, the printer is set up to build several 500-square-foot customizable houses simultaneously, but it can also build homes that measure up to 2,000 square feet in size.

Once the walls are printed, human builders add roofs, doors, and windows. The interior of each one-story home consists of a living room, a kitchen, a bathroom, and two bedrooms. Every home comes with a porch area and electrical and water hookups, as well.

At the moment, two such houses stand in Tabasco, Mexico. This part of rural Mexico is a seismic zone, and the homes are designed to withstand natural disasters like earthquakes and floods. New Story’s goal is to 3D print an additional 48 homes by the end of 2020. Local low-income families chosen to live in these homes will get a zero-interest and zero-profit mortgage that will cost about 400 pesos ($20) a month over seven years.

Vulcan II isn’t the first 3D printer designed to construct an entire house. But it is the first printer used on such a large scale and in uncontrolled conditions. Eating meat isn’t good for the environment, nor is it necessarily good for us. Yet the demand for meat-based foods is not going away anytime soon. The good news is that it might not need to. Lab-grown meat, also known as cultured meat or clean meat, could be on your plate by 2022.

The exact method of growing clean meat varies from one laboratory to the next. Generally, though, it all starts with scientists gathering animal stem cells, which are placed inside Petri dishes along with carbohydrates and amino acids and left to multiply. When these muscle fibers have grown sufficiently, the result is lab-grown meat.

Mark Post of Mosa Meat produced the first lab-grown beef burger in 2013. The clean burger cost around $325,000. But as the processes for producing cultured meat become cheaper and more efficient, and investor funding surges into the area, clean meat is likely to approach cost parity with traditional meat within a short space of time.

Future Meat Technologies, a Jerusalem-based biotechnology company, wants to launch a line of cultured meat that will cost less than $10 per pound by 2022. At the moment, normal beef costs just under $4 per pound.

Beef isn’t the only clean meat being grown. The Silicon Valley-based Memphis Meat manufactures cultured chicken and duck from animal cells, whereas the San Franciscan-based JUST has successfully grown a costly but clean chicken nugget.

Clean fish can be lab-grown too. Californian startup Wild Type has created lab-grown salmon. The company shared the salmon with the public in June 2019 by serving a tasting menu to customers at Olympia Oyster Bar in Portland, Oregon. Wild Type hopes to be one of the first few companies to launch cell-based seafood on an industrial scale within 10 years.

However, as clean meat gains more exposure, consumers will likely come around to the idea eventually, just as they did with other world-changing technologies, like the bicycle, which was initially seen as a fad. For people living in remote areas and residents of developing countries, getting seen by a doctor with the necessary medical expertise can be a life-threatening challenge. Telesurgery, an emerging surgical system that uses robotics and wireless networking to allow doctors to perform surgeries on patients in a different physical location, could change that.

The idea of remote surgery is nothing new. One of the first few remote surgeries was carried out in 2001. Back then, two surgeons based in New York performed a relatively straightforward gallbladder surgery on a patient in Strasbourg, France.

The operation, which became known as the Lindbergh Operation, was successful, but progress in telesurgery was slow after this initial development. One of the biggest obstacles that needed to be overcome for telesurgery to become a reality was latency and network connectivity. If a network slowed down in the middle of a surgical procedure, the consequences could be catastrophic.

Progress in 5G network technology could allow each movement made by a remotely operating surgeon to be replicated by a distant robot without delay. The true potential impact that 5G could have for the medical world was demonstrated early in 2019 when the world’s first remote brain surgery on a human was performed in China using 5G technology. The surgery was a collaborative project between tech companies China Mobile and Huawei and the Chinese PLA General Hospital.

The operating doctor, Dr. Ling Zhipei, performed the surgery more than 1,800 miles away from his patient. Dr.Zhipei was physically in South China’s Hainan Province, whereas the patient was lying on the operating table at the Chinese PLA General Hospital in Beijing.

By remotely manipulating the robotic medical equipment located in Beijing, Ling successfully implanted a brain pacemaker into the patient, who suffered from Parkinson’s disease, in about three hours. Distance, according to Ling, was not an issue. In fact, he barely even noticed that the patient was not in the same room as him.

There’s no doubt that 5G is going to transform telesurgery. But it’s also going to be of enormous benefit in telepresence, where an expert surgeon follows a surgical procedure conducted by other surgeons on video and offers support to the operating doctors. Another advantage of 5G is the sheer amount of data that doctors will be able to process during surgery, connecting more devices, and gaining useful information from the patient.

Eventually, 5G might also cut the cost of surgeries by allowing remotely located doctors to perform surgery where and when it’s needed rather than being permanently based in certain hospitals. Tantalum, tin, tungsten, and gold (important minerals used in the production of high tech products like smartphones and automobiles) are often referred to as “3TG.” But they’re also widely known as conflict minerals because they often come from mines whose operation fuels conflict, child labor, and environmental crises.

As more information about the reality of mineral production becomes available to the general public, the more pressure tech companies will feel to better police where the minerals they use come from. However, proving sustainable mineral providence has been very tricky up until now.

Mineral supply chains are often long and complicated, and the source of minerals can become confusing for even the best-intentioned companies. Several startups claim that they can help companies monitor their supply chain via blockchain technology.

Blockchain technology involves using a decentralized, unchangeable, and incorruptible digital ledger that can record not only financial transactions but anything of value. Because it is shared, the information in it is available for everyone to see. Everything built on a blockchain is transparent to its users, with every action within the blockchain theoretically made visible to all users.

By integrating with existing supply chains, blockchain is the perfect tool to track and report shipments of metals, at least in theory. Several companies are already offering blockchain solutions to problems linked with conflict minerals.

The German-based company Minespider, which works on a blockchain called Ethereum, proposes adding blockchain linked QR codes to minerals at source, which would show such information such as origin, purity, and weight of the minerals.

Customers could then cross-check this information to ensure that they don’t come from producers who use slavery or producers who damage the environment. The results of scanning these QR codes would also show the entire supply chain traveled by the mineral before purchase.

Minespider isn’t the only tool that companies can turn to in order to fight conflict minerals. In 2018, De Beers Group, the world’s leading diamond company, developed Tracr, a blockchain-based traceability platform for diamonds. It has already proved popular. Alrosa, a group of diamond mining companies headquartered in Russia, joined it in 2018.

And Societe Miniere de Bisunzu, the world’s largest miner of coltan, ditched ITSCI in 2019 (a paper-based company that helps companies with the responsible sourcing of minerals) in favor of a Berlin-based blockchain company RCS Global.

While it’s hard to say whether this blockchain-solution will be a success or not, large companies, like Volkswagen, which partnered with Minespider in 2019 in the hopes of tracking its lead source, are ready to give it a go.