How and Why Did Terra Luna Crash?

The market tumbles, and investors look for stable diversification, but DEFI has its risks. Do Kwon, George Soros, and Freddie Raynolds are the key people to pay attention to in observing over $40,000,000,000 losses in the Terra Luna crash. 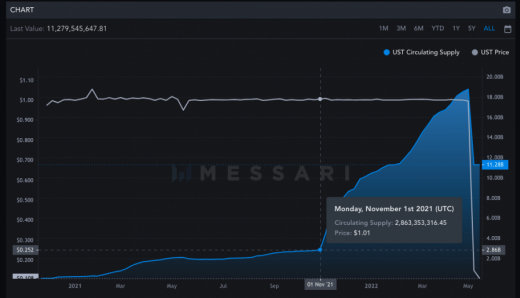 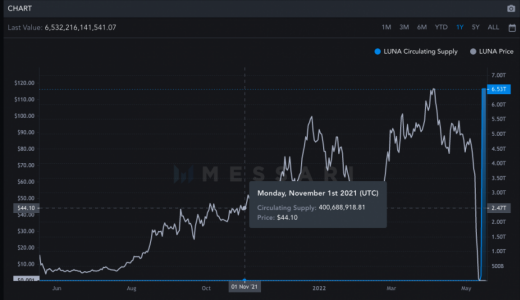 A stablecoin is a cryptocurrency pegged to be like the US dollar or Euro, meaning that its price remains stable—meant to be less volatile than Bitcoin or Ethereum, which are considered significantly more vulnerable to liquidation factors.

Investors turn to stablecoins when they want to earn a decent profit and avoid the usual volatility associated with crypto. Some popular stable coins are Tether and USD Coin (currently stable). Any stablecoin fixed to USD is supposed to maintain its value of $1 but not with TerraUSD & Terra (Luna).

Made by the same developers and founded by Stanford Alumni, Do Kwon, TerraUSD is an algorithmically designed stablecoin, which means it maintains the same value as the official USD by using a complex mechanism with a related sister cryptocurrency called Terra (Luna). To maintain the price of TerraUSD, the Terra (Luna) supply pool adds to and subtracts from TerraUSD’s overall circulating supply.  Users then “burn” or sell off Luna to mint* TerraUSD and even burn TerraUSD to mint Terra (Luna).  There is no physical standard such as gold.

Tokens, coins, and extended logs on the blockchain are “minted” or created when a cryptocurrency is essentially transferred to a new owner. There’s an ongoing sequence of network timestamps in a “proof of work” chain that represent a blockchain of timestamps from the keys of public owners. 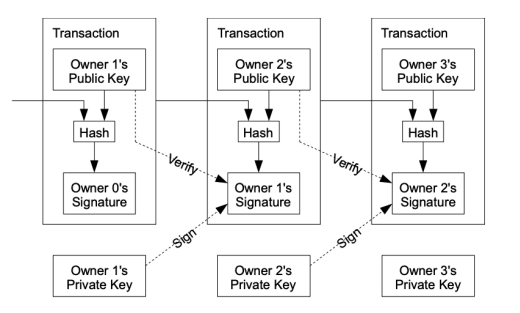 Due to the algorithmic design, one can “always” exchange $1 of TerraUSD for $1 of Terra (Luna). Investors can quickly earn a small profit of 20 cents by selling their TerraUSD.

Supply and Demand – Millions, Billions, and Trillions of Coins Up in the Air

TerraUSD and Terra (Luna) are based on supply and demand. Last week, that system broke. People were largely holding Terra because of something called Anchor Protocol, where like a savings account, a user is paid interest for keeping their funds in Anchor Protocol. If this supply were to be rapidly liquidated or exchanged, as it was last week, it wrecks havoc.

75% of the total TerraUSD circulation was located in Anchor Protocol.

Based on a rumor that Terra management had decided to change the interest rate of 20% to a variable rate, investors began to diversify in search of better terms by exchanging their TerraUSD for other stablecoins, cryptocurrency, or ultimately to other financial markets.

As the 24-hour volume climbed regularly from November of 2021, more and more Luna was minted (created, remember?). When supply goes up and demand is relative, prices generally go down.

#where’s$LUNA –> everywhere because no one wants to own it. 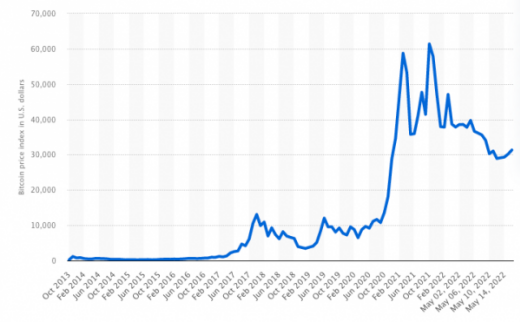 A few weeks ago, Freddie Raynolds responded to @tbr90’s tweet with a brief outline of how a wealthy attacker could not only break @terra_money but also profit heavily simultaneously with a “Soros Style, Black Wednesday Attack”. He provided a detailed breakdown in which the gambit/play would require at least $1,000,000,000 in capital.

Step 2. [Create the demand and first loop of the long contract. This is a completely different purchase than the long contracts. Totally different $LUNA] Purchase $100,000 of $LUNA and immediately take it out of the system by withdrawing it from the exchange and swapping it to $UST using the Terra seigniorage mechanism. Each transaction fee is 0.5% of the amount swapped. Repeat this transaction 10,000 times with a bot so that you can accumulate $500,000,000 USD for $502,500,000. This step is preparation. [The system wasn’t meant for an investor to knowingly take a 0.5% loss.]

Step 8. Payback loan from step 4 and reclaim your bETH.

Step 9. Repeat. After a few iterations, the protocol will collapse at step 6. Many #Lunatics assume that $LUNA can never have a value of 0. This is only true if the future circulating supply of $LUNA isn’t infinity, but the above process leads to infinity $LUNA being minted, therefore making the possibility of a value of 0 a REAL POSSIBILITY, which we almost damn near saw happen last week.

Freddie Raynold’s position as of his tweet: short $UST and long $LUNA

If you short UST, you only lose whatever your interest payments are. By longing LUNA , you are exposed to unlimited upside and limited downside.

Freddie Raynolds explained how to profit from the mechanics controlling Terra Luna in a series of steps. utilizing bots and tactics from high-frequency trading, the Terra seigniorage system. Through exchanges amongst tokenized versions of $UST, ETH, and BTC, and a seemingly convoluted (it was certainly clear to Freddie R.) mess of loopholes, loans, and longs.

To understand what happens after, “the protocol will collapse at step 6,” one must understand the term: “Soros-Style-Black-Wednesday-Attack”.

The economic growth in Thai real estate development had been booming in the ten years prior to 1998; returns were plentiful, and financing was easy. Your everyday company, your average Joe Thai, and anyone who knew how to create a bank loan application were encouraged to do so in Thailand. Definitely unbeknownst to them, was that a Thai Baht/US Dollar currency peg existed, and there are people in this world who look at macro systems down to the micro-steps like George Soros, and Freddie Reynolds.

George Soros was/is a brilliant, but debatably unethical gentleman. As a hedge fund manager averaging 30% annual terms during most of his management term at Quantum Fund, George understands that business is timing. He either knowingly or in a casually unbeknownst way, triggered the 1997 Asian Financial Crisis, which has different names in each country that was hit.

You see, in Thailand, investors are welcomed peacefully, kindly, and openly.

And, George Soros is old. That means, for ten years before his 54 billion baht exchange, he was visiting Thailand. And, like any investor with tons of cash, he was probably welcomed with open arms in hopes of securing loans for potential ventures. The banks started to hear of his excursions in SE Asia and smell funds. Therefore, as a natural result, projects open, ventures are started, and financing is secured. This humble writer thinks George knew all of this. George dangled his money carrot and knew that foreign currency exchange methods existed, just like Freddie Reynolds identified the Terra seigniorage mechanism and the way to profit from the system…IF you had a BILLION dollars.

What happened in Asia and what’s it got to do with a currency peg?

A currency peg is when a national government seals a specific, fixed interest rate between two or more currencies. 38 countries have exchange trade agreements with the United States and 14 have “pegged” their currency to the US dollar in hopes of growth and stabilization of local economies and the way commerce interacts and functions across borders in terms of trade, finance, and exchange of assets. Additionally, and perhaps most importantly, the currency peg makes future business planning significantly more predictable. These plans were probably the first indicators George Soros had access to and laid the foundations for the bet against the Thai Baht, described as an “attack” across multiple news platforms. Did he trigger the crisis intentionally or not, breaking the Bank of Thailand? Who knows? Freddie Raynolds thought it was relevant enough to conduct a thought experiment in applying what George Soros did.

Regardless, a decade earlier, the Thai baht had been pegged to the US dollar. After the crisis, it was “depegged” and as of today, the Thai Baht remains unpegged. In October of 1997, the Thai Baht had depreciated to 60 cents on the dollar. Despite the devalued peg prior, during, and post, Thais were STILL encouraged by the Bank of Thailand [and others] to take on more and more loans. Ultimately, through the series of funnels that funds travel from the homeowner to the bank to wherever C-level management has decided, the loans were to be paid back in USD.

Levels of Relevant Monetary Exchanges for the Reader

Back to the Present

TerraUSD and Terra (Luna) CEO and co-founder, Do Kwon, a Korean American Stanford Alumni, cackles maniacally in delight, on May 12, 2022:

Do Kwon : “95% are going to die [companies], but there’s also entertainment in watching companies die.”

Alex Botez: (mutters) “There’s entertainment in….wow, that’s so evil. Well, at least you get to learn something from it.”

The number of total cryptocurrencies goes from 4,000 to over 10,000 since early 2021. Wary investors liquidate their funds with the ease and agility of a ninja, never before done in human history at this speed.  Watch your platforms, my fellow investors. Look for loopholes that can be exploited, as awareness of these will protect you and your over-arching decision-making parameters as you invest. Choose wisely, for all hell can break loose. For those with the dream of financial independence, and hope to retire early (FIRE), in other words, gain the freedom to do what they wish with their time without the limitation of monetary “fuel”, your dream can become a nightmare if someone wants to break the system for personal gain.

Why is 98% of the Infant/Baby Formula in the US Produced Locally?