Netflix: How a Scrappy Startup Knocked out the Competition 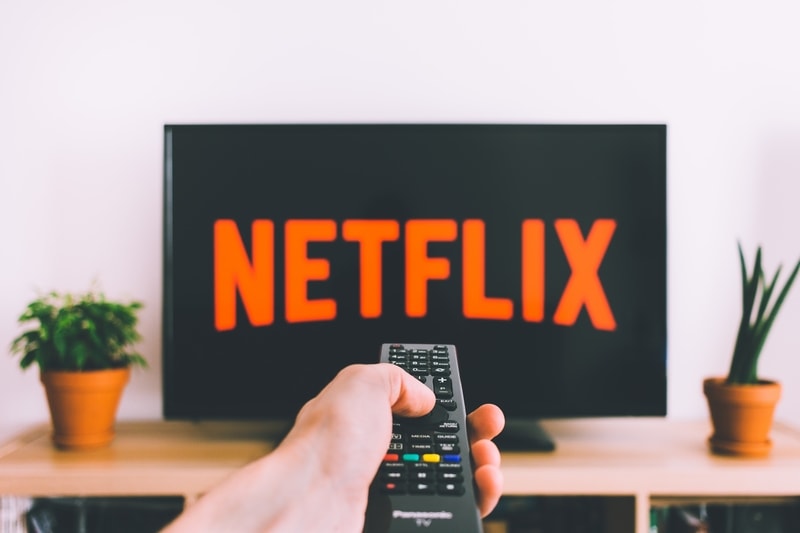 In 1998, the video rental business was booming. The industry was born out of the fact that not all consumers wanted to own or pay for VHS tapes they would only watch once. While many corner-store video rental businesses existed, Blockbuster had risen to the top as the most recognized and sought after movie rental provider. They would come to overshadow other popular video rental stores like Hollywood Video, which ultimately sold to Movie Gallery in 2005. And Movie Gallery itself would close in 2010 after filing for bankruptcy.

But by that time, it was no longer Blockbuster that was swallowing up the market. In fact, Blockbuster would also file for Bankruptcy protection in 2010. Brick-and-mortar video rental stores were dying, but it wasn’t because people weren’t interested in renting movies.

What was happening? In April of 1998, a new player entered the industry. Although just a seedling at that time, it would grow to suffocate the competition by innovating and transforming the video rental industry. That company was, of course, Netflix.

Netflix now has 167 million subscribers worldwide and earned $5.5 billion in revenue in 2019’s fourth quarter. The company continues to boom, with a forecasted revenue estimate of $24.73 billion for 2020. Here we take a look at how Netflix has obliterated its competitors and rose to become a key player in the video rental service.

Netflix was built on a pile of scrapped business ideas and a desire to start a company and sell things on the internet, as co-founder and first CEO, Marc Randolph, tells in his book, “That Will Never Work: The Birth of Netflix and the Amazing Life of an Idea.” Randolph and his Co-founder Reed Hastings gave the virtual video rental company a try after realizing it would solve a significant problem people had with stores like Blockbuster; they were inconvenient.

Christina Kish, a project manager on Randolph’s team, recounts in the book that Blockbusters were “Terrible. Disorganized, apathetic. Kind of low inventory, too.” And when trying to convince his wife of the new business venture, Randolph asks her to “‘Think about how much you hate dragging these three to Blockbuster,”’ as he pointed to one of his kid’s “sauce-streaked face” and the other’s “grinning, toothless mouth.” To close the deal, he added, ‘“A nightmare. And this could solve it.”’

Rather than open up another brick-and-mortar store, Netflix would stock all inventory in warehouses and ship them to customers as they requested it. This meant consumers no longer had to contend with trudging through unfavorable weather, going through the hassle of dressing and dragging small kids to the store, or need to bend their schedules to their nearest video rental store’s hours of operation. They Bet Big, Even When the Evidence Was Small

Stocking and shipping movies to customers were only a plausible idea for Netflix’s founders because there was a new technology on the market—DVDs. Up until that point, videos were still rented out in VHS, whether at brick-and-mortar locations or through mail delivery. Some companies had already attempted a movie-by-mail delivery service with VHS. However, because the tapes were large, they not only took up much space in the warehouse but were costly to ship. As a result, these businesses would quickly go bankrupt.

By the mid-nineties, Randolph and Hastings noticed consumers were making the switch to more compact-sized technologies like CDs; DVDs were still a whisper in the market at that time. Still, they were promising for Netflix’s founders because they’d only cost the price of a stamp to ship, and manufacturers and studios were planning to price them as collectible consumer products.

However, DVDs weren’t an accessible format yet. Before 1997, they could only be found and played in Japan. Comically, even when the first DVD players went on sale on March 1, 1997, in the United States, DVDs weren’t yet available for purchase. That would only go on sale 18 days later with B-rated releases like Africa: The Serengeti.

All Netflix’s founders had a hunch that DVDs could catch on. It was an enormous gamble, but by being first to market, Randolph and Hastings would have the movie-rental-by-mail category to themselves. It would be a while before enough customers had DVD players that video rental stores felt like it made financial sense to discard their VHS inventory. By then, Netflix would have had enough time to grow and find investors to get their catalog up to speed. Taking the plunge was the only way small fish like Netflix could enter the pond with giants like Blockbuster and have a chance at surviving.

They Weren’t Afraid to Change Their Business Model

Randolph recounts that on a trip to one of their San Jose warehouses, he noticed there were tens of thousands of discs “just sitting unused and unwatched on the warehouse shelves.” In talking with Hastings, the two wondered if there was a way to “let customers store the discs. At their houses. On their shelves. Just keep the DVDs as long as they wanted.”

Randolph’s astute observation and the musings of the co-founders would give way to an entirely new business model for Netflix. Until that time, video rental stores often used an à la carte model for video rentals. Some stores, like Blockbuster, required purchasing a membership card to be able to rent movies, with late fees if you didn’t return your film on time. And late fees sometimes varied by whether the film was a new release.

Randolph and Hastings were trying to come up with a plan to make sure DVDs were in the hands of customers instead of gathering dust at a warehouse when the idea struck to get rid of late fees altogether. Customers could keep the DVD at their house for as long as they wanted, to watch whenever they wanted.

Most people decide to see a movie when the mood strikes, rather than planning for it days ahead. They also typically chose their movie title when they saw it on the shelf of the video rental store or when they pulled into its parking lot. By being able to keep movies at home indefinitely, customers could instantly play discs when the desire hit. As a result, it would be even faster than going to their local video rental store. And if there were multiple discs at home, they’d still get to choose based on what they felt like watching.

Netflix implemented its no-late-fee, subscription-based model in 2000. There would also be a queue so that when customers mailed in their DVD, Netflix would automatically send out the next one, ensuring customers continued using the service. Depending on how many movies were rented for the month, it would also be cheaper than Netflix’s competitors. With more convenience at a better price, Netflix was chipping away at the foundation of mega video rental giants at breakneck speed.

They Were Willing to Evolve With the Times

While it would only take a few more years for Netflix to dethrone the giants, the company almost didn’t make it past the dot-com crash. Netflix needed money from Venture Capitalists to fund some of its operations and maintain its profitability. Ironically, their success meant that while money was pouring in, it was also pouring out.

When the crash made investment money hard to come by, Netflix decided to sell to Blockbuster rather than risk bankruptcy. According to the book, Randolph, Hastings, and Barry McCarthy—the company’s CFO—met with John Antioco and Ed Stead—Blockbusters CEO and General Counsel, respectively—to pitch the idea. Antioco is quoted as saying, “The dot-com hysteria is completely overblown…Stead informed us that the business models of most online ventures, Netflix included, just weren’t sustainable.” When Antioco asked how much they wanted to sell it for, Hastings responded with $50 million.

What Antioco did next was his greatest mistake. Randolph relates in his story, “I saw something new, something I didn’t recognize. A different expression in his body, a slight tension in his face…John Antioco was struggling not to laugh.” Antioco didn’t accept the offer.

The Netflix team knew that to make it out of the dot com crash intact, they’d be on their own. They’d have to analyze their company and its future and put all their energy into pulling through.

From the ashes of that ill-fated meeting would eventually arise a new pillar that would morph into the bedrock of Netflix’s success into present-day—streaming services. It was the gargantuan potential that Blockbuster’s eyes failed to see with their misguided judgment that there was no place in the future for online businesses.

Netflix was ahead of its time when it started a DVD-by-mail business. Then in the early 2000s, the company saw broadband DSL technology was expanding, and that streaming video online would one day be feasible. The company once again had excellent clairvoyance. This time it was that digital media would eventually compete with its physical counterpart and that the future was watching movies online.

Rather than refuse to let go of their original baby, Netflix started setting in motion the pieces that would lead to the launch of its streaming services in 2007. The move would cannibalize its own DVD-by-mail business, but would also eventually take down virtually all brick-and-mortar video rental locations and gain the company tens of millions of new customers in the process. They Gave People What They Wanted, Even Before They Knew It

Launching its streaming services did more than pave the way for Netflix’s lasting fortune. It created an insatiable appetite among customers for a new kind of service that only Netflix was providing. Watching a movie on your computer was a lot easier than having to take a trip to the video rental store for a film they might not even have available.

It took movies ten or more seconds to load in 2007 if you had broadband DSL, but it was lightyears faster than getting a DVD by mail. And if you still had dialup, you could leave the movie downloading overnight so it would be ready to consume the next day.

In the beginning, the majority of internet users didn’t see the point of having movies streamed to their computer. However, it wasn’t long before people decided that streaming video was their preferred way to consume media. Many ditched DVDs like they had done with VHSs not long before that.

Netflix also anticipated consumer behavior when they foresaw customers would use more than just their computers to see movies. As more capable mobile devices hit the market, Netflix kept developing its software to work on every platform and to provide an intuitive and responsive user experience.

The company’s refined platform across technologies continued to draw in users throughout the years. By 2013, when Netflix premiered its original, award-winning series “House of Cards,” it had already claimed its space in millions of American homes. “House of Cards,” “Orange is The New Black,” and “Stranger Things” only served to bolster the loyalty in its fan base and ensure its continued success into the new decade.

Netflix’s excellent foresight made them first-to-market to rent out DVDs and offer streaming services. Crossing the finish line first meant they were able to win over a large part of the market before more prominent players had a chance to trample over them.

The company’s innovative offerings and services also quickly made even its biggest competitors seem outdated. With no late fees and a simple monthly subscription model, customers could watch as many movies as they wanted without the hassle of going to the store to get their film or worrying about returning it on time.

Netflix’s willingness to adapt to changing times and pivot its services propelled it to the highest heights in the video rental category while leaving in its wake a graveyard of video rental companies that didn’t see the shifting tides.

By offering award-winning, original content that can only be found on Netflix, the company further guaranteed subscribers would remain for years to come.